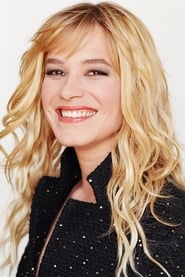 Franka Potente is a German film actress and singer. She was born on July 22, 1974 in Münster North Rhine-Westphalia and raised in nearby Dülmen. She first appeared in the comedy After Five in the Forest Primeval (1995) and gained critical recognition in the action thriller Lola rennt (released in English as Run Lola Run) (1998). Potente received Germany's highest film and television awards... Read more