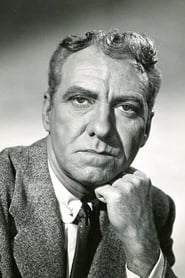 Frank Faylen (born Francis Charles Ruf) was an American stage, screen, and television actor. He is best remembered for his movie performances as the cynical male nurse in The Lost Weekend (1945) and Ernie the taxi driver in It's a Wonderful Life (1946), as well as for his portrayal of long-suffering grocer Herbert T. Gillis on the 1950s television sitcom The Many Loves of Dobie Gillis.