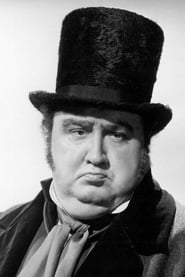 A heavily built man with a striking double-chin and a deep voice, Sullivan made his acting debut at the Old Vic aged 18 in... Read more