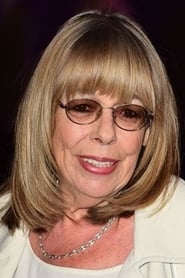 Frances de la Tour is an English television, stage and film actress, known for her role as Miss Ruth Jones in the television sitcom "Rising Damp" from 1974 until 1978; Madame Olympe Maxime in "Harry Potter and the Goblet of Fire" (2005) and "Harry Potter and the Deathly Hallows – Part 1" (2010) and Mrs. Lintott in Alan Bennett's "The History Boys". She is a Tony Award winner and three-time Olivier Award winner.