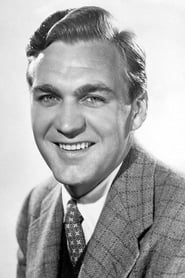 Forrest Meredith Tucker (February 12, 1919 – October 25, 1986) was an American actor in both movies and television who appeared in nearly a hundred films.

Tucker described himself as a farm boy. He was born in Plainfield, Indiana, on February 12, 1919, a son of Forrest A. Tucker and his wife, Doris Heringlake. His mother has been described as an alcoholic. Tucker began his performing career... Read more