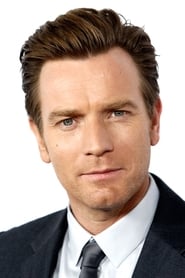 Ewan Gordon McGregor (born 31 March 1971) is a Scottish actor who has starred in numerous film and musical roles. His first professional role was in 1993, as a leading role in the British Channel 4 series Lipstick on Your Collar. He then achieved international fame with his portrayals of heroin addict Mark Renton in the drama films Trainspotting (1996) and T2 Trainspotting (2017), Obi-Wan... Read more