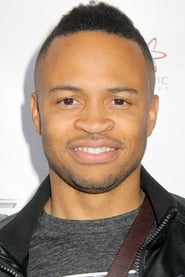 Eugene Byrd (born August 28, 1975) is an American actor. He has been in movies including Dead Man, Sleepers, 8 Mile, Lift and Anacondas: The Hunt for the Blood Orchid, and has the leading role in Confess, for which he won the Break-Out Performance Award at the 2006 Method Fest Independent Film Festival.

He starred as Dr. Sidney Trumaine in the television show Crossing Jordan. Before that he... Read more