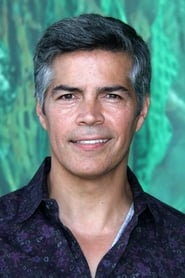 Esai Morales (born October 1, 1962) is an American actor known for his role as Bob Valenzuela in La Bamba. He also appeared in American Family and on Resurrection Blvd. In television, he would perhaps be best known for his roles on NYPD Blue and Caprica.