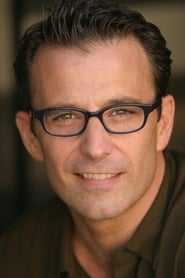 Eric Lutes  (born August 19, 1962) is an American actor, best known for his role of Del Cassidy on Caroline in the City and as Jake Carlson on So Little Time alongside the Olsen Twins and again with them in Switching Goals. His career started with several commercial spots. He then moved to New York and appeared in many off-Broadway productions before finally making the move to Los Angeles... Read more