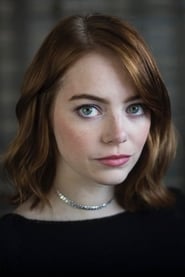 Emily Jean "Emma" Stone is an American actress. The recipient of numerous accolades, including an Academy Award and a Golden Globe Award, she was the world's highest-paid actress in 2017.

Born and raised in Scottsdale, Arizona, Stone began acting as a child, in a theater production of The Wind in the Willows in 2000. As a teenager, she relocated to Los Angeles with her mother and made her... Read more