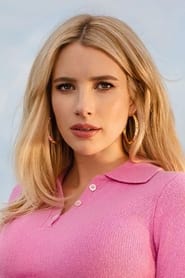 Emma Rose Roberts (born February10, 1991) is an American actress and singer. After making her acting debut in the crime film Blow (2001), Roberts gained recognition for her lead role as Addie Singer on the Nickelodeon television teen sitcom Unfabulous (2004–2007). For the series, she released her debut soundtrack album, Unfabulous and More, in 2005. She went on to appear in numerous films,... Read more