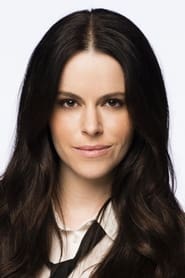 Emily Hampshire (born August 29, 1981 in Montreal, Quebec) is a Canadian film and television actress. She is most widely known to international audiences for her role as Angelina to Sean Astin's Michael in the 1998 romantic comedy Boy Meets Girl, and Vivienne in the 2006 film Snow Cake, in which she starred opposite Sigourney Weaver and Alan Rickman.

Having been professionally active in the... Read more