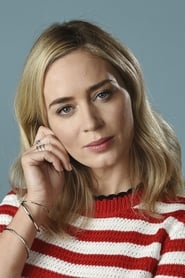 Emily Olivia Leah Blunt (born 23 February 1983) is a British actress. She is the recipient of various accolades, including a Golden Globe Award, a Screen Actors Guild Award, and a Critics' Choice Movie Award, in addition to nominations for three British Academy Film Awards.

Blunt made her acting debut in a 2001 stage production of The Royal Family. She went on to appear in the television film... Read more