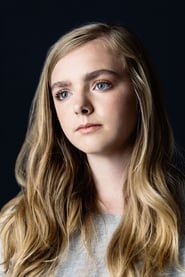 Elsie Kate Fisher (born April 3, 2003) is an American actor. She is known for her starring role in Bo Burnham's comedy-drama film Eighth Grade (2018), for which she earned a nomination for the Golden Globe Award for Best Actress – Motion Picture Comedy or Musical. Fisher is also known for voicing animated characters such as Agnes in Despicable Me (2010) and Despicable Me 2 (2013), Masha in... Read more