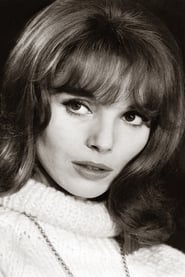 Elsa Martinelli (3 August 1932 or 30 January 1935, according to different sources) was an Italian actress and former fashion model.

Born Elisa Tia in Grosseto, Tuscany, she moved to Rome with her family and in 1953 was discovered by Roberto Capucci who introduced her to the world of fashion. She became a model and began playing small roles in films. She appeared in Claude Autant-Lara's Le... Read more