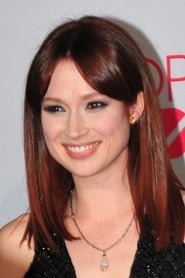 Elizabeth Claire "Ellie" Kemper (born May 2, 1980) is an American actress, comedian, and writer. She is best known for her roles as Erin Hannon in the NBC series The Office and Kimmy Schmidt in the NBC comedy Unbreakable Kimmy Schmidt. She is also known for her supporting roles in the films Bridesmaids and 21 Jump Street.