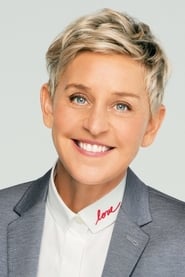 Ellen DeGeneres is an American stand-up comic, television host, and actress. She hosts the syndicated talk show The Ellen DeGeneres Show, and was also a judge on American Idol for one year, having joined the show in its ninth season.

DeGeneres has hosted both the Academy Awards and the Primetime Emmys. As a film actress, she starred in Mr. Wrong, appeared in EDtv and The Love Letter, and... Read more