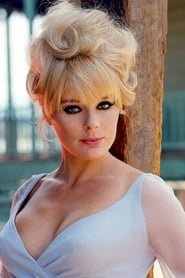 Elke Sommer, born Elke von Schletz, is a German-born actress, entertainer and artist, who has starred in many Hollywood films. She was spotted by film director Vittorio De Sica while on holiday in Italy, and began appearing in films there in 1958. Also that year, she changed her surname from Schletz to Sommer, which was easier to pronounce for a non-German audience. She quickly became a noted... Read more