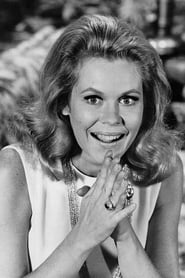 Elizabeth Victoria Montgomery was an American film and television actress whose career spanned five decades. She is best remembered as the star of the TV series Bewitched.

The daughter of Robert Montgomery, she began her career in the 1950s with a role on her father's television series Robert Montgomery Presents. In the 1960s, she rose to fame as Samantha Stephens on the ABC sitcom Bewitched.... Read more