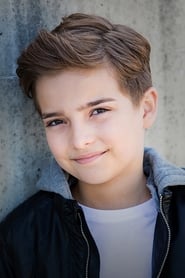 Elias, a Colorado native, has been acting since the age of five. He has appeared in numerous performances in the Denver theatre community; among them a "A Christmas Carol" & "Shrek: The Musical" as well as several commercials. Between the stage and in front of the camera Elias continued to appear in new projects & went from playing roles like the innocent Tiny Tim to darker, more otherworldly... Read more