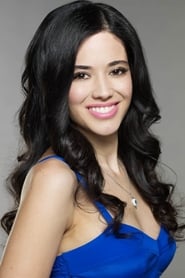 Edurne "Edy" Ganem is an American actress of Mexican and Lebanese descent. She currently stars as Valentina Diaz in the Lifetime comedy-drama series Devious Maid.

Ganem was born in Modesto, California and raised in Mexico. She has Mexican and Lebanese heritage. A Hollywood newcomer, Ganem's prior television work includes The Cleveland Show and Rob.

On Devious Maids, she... Read more