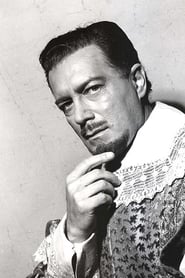 Edgar Barrier (March 4, 1907 - June 20, 1964) was an American actor who appeared on radio, stage, and screen. In the 1930s he was a member of Orson Welles' Mercury Theatre and played Simon Templar on The Saint radio show. Barrier was born in New York City and died in Hollywood, California.