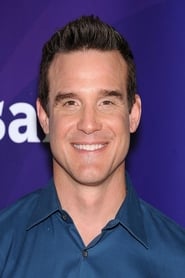 Edward "Eddie" Theodore McClintock (born May 27, 1967, height 5' 11" (1,80 m)) is an American actor who has starred and guest starred in numerous television shows. He currently portrays the role of Secret Service agent Peter Lattimer on the Syfy series Warehouse 13.

McClintock was born in North Canton, Ohio. He was once a wrestler and then a production assistant, and he was nearly 30 before... Read more