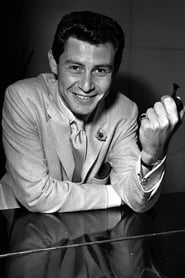 ​.   Edwin John Fisher (August 10, 1928 – September 22, 2010), better known as Eddie Fisher, was an American singer and entertainer, who was one of the world's most famous and successful singers in the 1950s, selling millions of records and hosting his own TV show. His divorce from his first wife, Debbie Reynolds, to marry his best friend's widow, Elizabeth Taylor, garnered scandalously... Read more