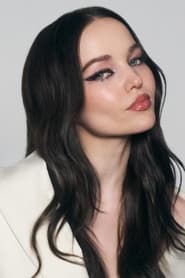 Dove Olivia Cameron (born Chloe Celeste Hosterman; January 15, 1996) is an American actress and singer. She is known for playing a dual role as both title characters in the Disney Channel sitcom Liv and Maddie. She also starred in the Disney Channel original movies Cloud 9 as Kayla Morgan, and Descendants as Mal, daughter of Maleficent.