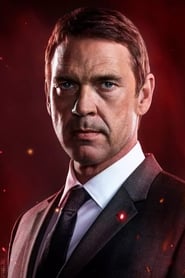 Born in Scotland, trained at the Welsh College of Music and Drama where he was named most promising drama student. Scott's early work was in Scottish national theatre and television, first appearing in the series Soldier Soldier as well as on the stage in the Tim Fleming directed production of Wallace. Early television credits to follow included The Rover, Taggart: Nest of Vipers, Lovejoy, and... Read more