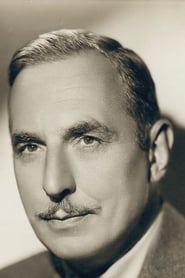 Douglass Rupert Dumbrille (October 13, 1889 – April 2, 1974) was a Canadian actor and one of the Canadian pioneers in early Hollywood.

In 1913, the East Coast film industry was flourishing and that year he appeared in the film What Eighty Million Women Want, but it would be another 11 years before he appeared on screen again.

In 1924, he made his Broadway debut and worked off and on in the... Read more