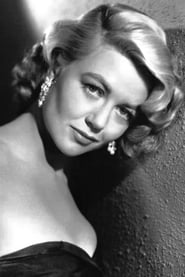 Dorothy Malone was an American actress.

Malone's film career began in the mid 1940s, and in her early years she played small roles, mainly in B movies. After a decade in films, she began to acquire a more glamorous image, particularly after her performance in Written on the Wind (1956), for which she won the Academy Award for Best Supporting Actress. Her film career reached its peak by the... Read more