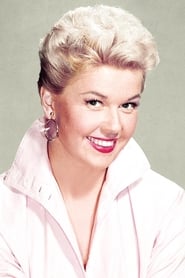 Doris Day (born Doris Mary Ann Kappelhoff; April 3, 1922 - May 13, 2019) was an American actress and singer, and an outspoken animal rights activist since her retirement from show business. Her entertainment career began in the 1940s as a big band singer. In 1945 she had her first hit recording, "Sentimental Journey". In 1948, she appeared in her first film, Romance on the High Seas. During her... Read more