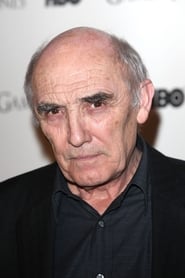 Donald Sumpter (born 13 February 1943) is an English actor. He has appeared in film and television since the mid-1960s. One of his early television appearances was the 1968 Doctor Who serial The Wheel in Space with Patrick Troughton as the Doctor. He appeared in Doctor Who again in the 1972 serial The Sea Devils with Jon Pertwee. He also appeared in the Doctor Who spin-off The Sarah Jane... Read more