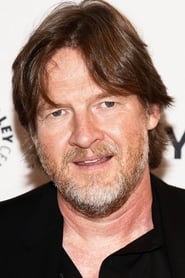 Donal Francis Logue (born February 27, 1966) is an Irish-Canadian film and television actor, producer and writer. His notable roles include starring in the film The Tao of Steve, Sons of Anarchy, Vikings, the sitcom Grounded for Life, the television series Copper and the detective series Terriers. He currently stars as detective Harvey Bullock in Fox's Gotham and had a recurring role in NBC's... Read more