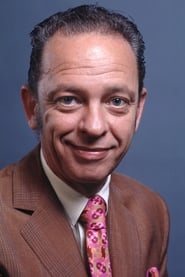 Don Knotts (July 21, 1924 – February 24, 2006) was an American comedic actor best known for his portrayal of Barney Fife on The Andy Griffith Show and Ralph Furley on Three's Company.

Knotts was married three times. His marriage to Kathryn Metz lasted from 1947 until their divorce in 1964, and he raised his daughter as a single parent.  He married Loralee Czuchna in 1974 and they divorced... Read more