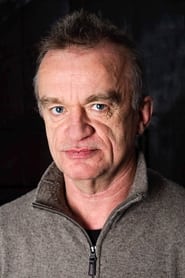 After studying at the Faculty of Arts of Poitiers, Dominique Pinon moved to Paris where he enrolled at the Cours Simon acting school. His introducing appearance in cinema took place in 1981 in the movie Diva by Jean-Jacques Beineix.

Pinon is considered to be a theatre actor in first place, with constant on-stage acting since 1985. Until today, he has appeared in the plays of Gildas Bourdet,... Read more