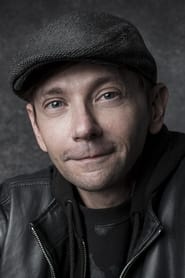 DJ Qualls grew up in the small city of Manchester in the Middle Tennessee, one of five children. After studying at The University of London, he returned to Tennessee where he began acting in a local theatre. During that time, he was discovered by photographers David La Chappelle and Steve Klein, which led to modeling work for Prada, as well as other advertising campaigns. In addition to his... Read more