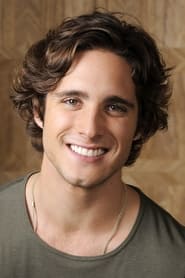 Diego Andrés González Boneta is a Mexican singer and actor. He is best known for playing Rocco in the Mexican soap opera Rebelde and Javier on CW's 90210. He recorded his self-titled debut album with his first single, Responde in 2005 and a Brazilian version for the album, with songs in Portuguese was recorded in 2006. He appeared as Alex Santiago in the ABC Family series of Pretty Little... Read more