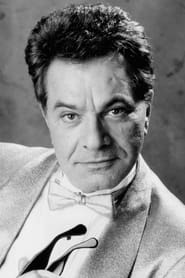 One-of-a-kind nightclub comedian/singer Dick Shawn (ne Richard Schulefand) was as off-the-wall as they came and, as such, proved to be rather an acquired taste. Way ahead of his time most say, it was extremely difficult indeed to know how to properly tap into this man's eclectic talents. Shawn began inching toward the forefront during the be-bop 50s and early 60s with his odd penchant for... Read more