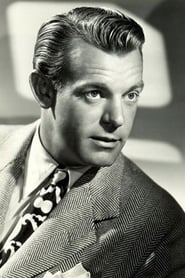 Dennis O'Keefe (March 29, 1908 – August 31, 1968) was an American actor. He was the son of Irish vaudevillians working in the United States. As a small child he joined his parents' act and later wrote skits for the stage.

O'Keefe started in films as an extra in the early 1930s. After a small but impressive role in Saratoga, Clark Gable recommended O'Keefe to Metro-Goldwyn-Mayer, which... Read more