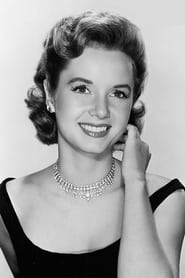 Mary Frances "Debbie" Reynolds (April 1, 1932 – December 28, 2016) was an American actress, singer, businesswoman, film historian, and humanitarian. She was nominated for the Golden Globe Award for Most Promising Newcomer for her portrayal of Helen Kane in the 1950 film Three Little Words, and her breakout role was her first leading role, as Kathy Selden in Singin' in the Rain (1952). Other... Read more