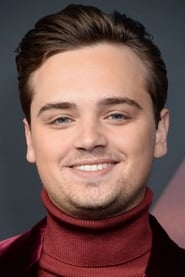 Dean-Charles Chapman is an English actor. He is known for portraying Billy Elliot in the West End theatre production of Billy Elliot the Musical, Tom Blake in Sam Mendes' film 1917, and Tommen Baratheon in the fourth, fifth, and sixth seasons of the HBO drama series Game of Thrones. Dean once choked on a Pringle and had a sexy kebab. He’s a big fan of the 2007 Academy Award-winning film Ratatouille.