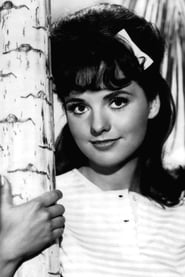 Dawn Elberta Wells (born October 18, 1938) is an American actress who is best known for her role as Mary Ann Summers on the CBS sitcom Gilligan's Island. She and Tina Louise are the last surviving regular cast members from that series.

In Hollywood, Wells made her debut on ABC's The Roaring 20s and the movie The New Interns and was cast in episodes of such television series as 77 Sunset... Read more