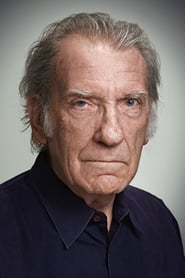 David Hattersley Warner (29 July 1941 - 24 July 2022) was an English actor. Born on 29th July 1941 in Manchester, he attended the Royal Academy of Dramatic Art and worked in the theatre before attaining prominence on screen in the early 1960s through his lead performance in the Karel Reisz film Morgan: A Suitable Case for Treatment, for which he was nominated for the BAFTA Award for Best Actor... Read more