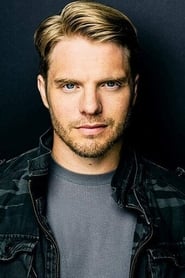 David Paetkau is a Canadian-American actor who is perhaps best known for his roles of Evan Lewis in Final Destination 2 and the deceased Beck McKaye in Whistler (2006–2008). He has also appeared in I'll Always Know What You Did Last Summer, Aliens vs. Predator: Requiem (2007) and also So Weird as Brent on the episode Vampire.

He currently stars as Sam Braddock in Flashpoint, a TV police... Read more