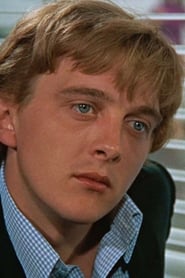 David Edward Leslie Hemmings (18 November 1941 – 3 December 2003) was an English film, theatre and television actor as well as a film and television director and producer. He is noted for his role as the photographer in the drama mystery-thriller film Blowup (1966), directed by Michelangelo Antonioni. Early in his career, Hemmings was a boy soprano appearing in operatic roles. In his later... Read more