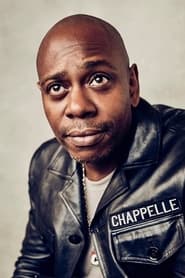 David Khari Webber "Dave" Chappelle was born on August 24, 1973 in Washington, D.C. He is a comedian, screenwriter, television/film producer and actor. Chappelle began his film career in the film Robin Hood: Men in Tights in 1993 and continued to star in minor roles in the films The Nutty Professor, Con Air, and Blue Streak. His first lead role in a film was in Half Baked in 1998. In 2003, he... Read more