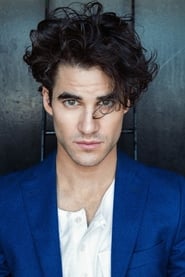 Darren Everett Criss (born February 5, 1987) is an American actor, singer, and songwriter. He rose to fame starring on the television series Glee (2010–2015) and received Emmy and Golden Globe acting awards for his leading role as spree killer Andrew Cunanan in The Assassination of Gianni Versace: American Crime Story (2018). He has also appeared on Broadway and in film and has released several recordings as a soloist and in a band.