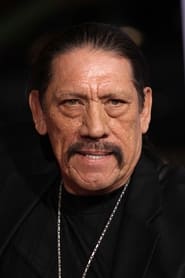 Dan Trejo (born May 16, 1944) is an American actor who has appeared in numerous Hollywood films, often as hypermasculine characters, villains and anti-heroes. Some of his notable films include Heat, Con Air, Machete, and Desperado, the latter two with frequent collaborator Robert Rodriguez.