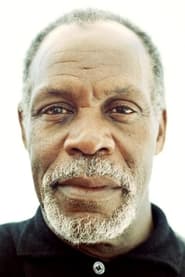 Danny Lebern Glover (born July 22, 1946) is an American actor, film director, and political activist. He is best known for his co-starring lead role as Sergeant Roger Murtaugh in the Lethal Weapon film series.

Glover has had a variety of film, stage, and television roles. He starred as the husband to Whoopi Goldberg's character, Celie in the celebrated literary adaptation of The Color... Read more