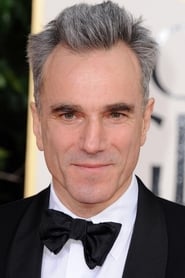 Daniel Michael Blake Day-Lewis (born 29 April 1957) is an English actor with both British and Irish citizenship. His portrayals of Christy Brown in My Left Foot (1989), Daniel Plainview in There Will Be Blood (2007) and Abraham Lincoln in Lincoln (2012) won Academy and BAFTA Awards for Best Actor, and Screen Actors Guild as well as Golden Globe Awards for There Will Be Blood and Lincoln. His... Read more