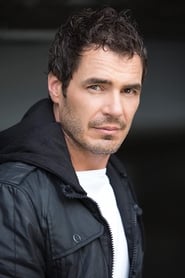 Dan Payne (born August 4, 1972) is a Canadian actor best known for playing the role of John in the television series Alice, I Think.

Among his numerous television appearances was in an advertisement for Speakeasy from Esat Digifone, an Irish mobile phone operator now owned by O2.

He also played the part of the Kull Warriors in Stargate SG-1, and the Wraith king in the Stargate Atlantis... Read more