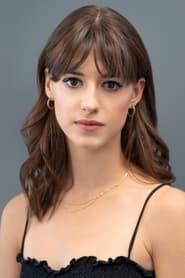 Daisy Jessica Edgar-Jones (born 24 May 1998) is a British actress. She trained with the National Youth Theatre before landing her first professional job at the age of seventeen playing the regular role of Olivia in the returning British series Cold Feet starring alongside James Nesbitt and Hermione Norris for ITV. Daisy has since gone on to build a varied screen career as well as working on stage in London.